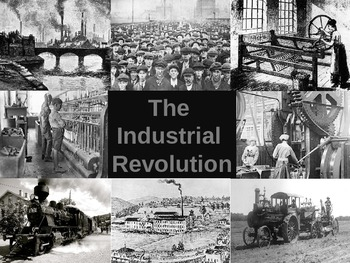 This series “Capital Market Evolution” is sponsored by Teamo “where teamwork matters”, see on Open Collective and is part of the project Smart "Master" Contract for Equity Distribution, we truly believe that we should understand our past to build our economic future more wisely.

After the 1720 Bubble Act we witness a +100 years hiatus on the capital market that was characterized by war, Napoleonic Wars (1803–1815), Fourth Anglo-Dutch War (1780–1784), American War of Independence (1775–1783), we witness the rise of power of the Rothschilds family and the bankruptcy of the Dutch East India Company (VOC) 15 years after losing the war to the British. One area of the capital market that sees itself prospering was the insurance business with the emergence of Lloyd’s that make London an insurance powerhouse.

Before the Act, incorporation was possible only by royal charter or private Act and was limited owing to Parliament's protection of the privileges and advantages thereby granted. As a result, many businesses came to be operated as unincorporated associations with possibly thousands of members. Any consequent litigation had to be carried out in the joint names of all the members and was almost impossibly cumbersome. Though Parliament would sometimes grant a private act to allow an individual to represent the whole in legal proceedings, this was a narrow and necessarily costly expedient, allowed only to established companies.

The 1844 Act created the Registrar of Joint Stock Companies, empowered to register companies by a two-stage process. The first, provisional, stage cost £5 (equivalent to £491 in 2018) and did not confer corporate status, which arose after completing the second stage for another £5.

However, there was still no limited liability and company members could still be held responsible for unlimited losses by the company. Limited liability was subsequently introduced by the Limited Liability Act 1855. The system of registration was revised by the Joint Stock Companies Act 1856. The aim of the act was to place business and economy on a surer foundation and to increase public confidence in the honesty of business.

Around this era, we see the California Gold Rush (1848-1855) ,  that as profound effect on Americain society, where we see a vast immigration influx on the promise of a better life. Some notorious figure did participate in the gold rush like Rowland Hussey Macy Sr, (see video) went on to create one the most prosperous retail store in history.

Industrial revolution enters into is a second phase with electricity, oil rig and the telegraph with stock tickers, not long after follow the bucket shop that provides leverage on steroid to a whopping 100:1 which mean that for every $1 a trader could buy $100 worth of stock, bucket shop was mostly a casino where the buyer of shares play again the house where no actual trade is recorded on a public exchange except when the bucketeer attempt to manipulate the stock to create a margin call, with the Martin Act bucket shop become illegal in 1920 .

In 1890, Congress passed the Sherman Antitrust Act, which criminalized cartels that acted in restraint of trade. While the case law developed, which eventually began cracking down on the normal practices of businesses who cooperated or colluded with one another, corporations could not acquire stock in one another's businesses. However, in 1898, New Jersey, at the time the leading corporate state, changed its law to allow this. Delaware mirrored New Jersey's enactment in an 1899 statute that stated that shares held in other corporations did not confer voting rights and acquisition of shares in other companies required explicit authorization.[5] Any corporation created under the Delaware General Corporation Law (DGCL) could purchase, hold, sell, or assign shares of other corporations. Accordingly, Delaware corporations could acquire stock in other corporations registered in Delaware and exercise all rights. This helped make Delaware increasingly an attractive place for businesses to incorporate holding companies, through which they could retain control over large operations without sanction under the Sherman Act. As antitrust law continued to tighten, companies integrated through mergers fully. Source Wikipedia‍

Is during this era American anti-monopolist Lizzie Magie created a game which she hoped would explain the single tax theory of Henry George. It was intended as an educational tool to illustrate the negative aspects of concentrating land in private monopolies. She took out a patent in 1904. Her game, The Landlord's Game, was self-published, beginning in 1906 and was the inspiration of the highly successful Monopoly board game published by the Parker Brothers.

ARC: Is just incredible to look back at our past and see similitude with today world, for sure the Californian Gold Rush is the most correlated event with Bitcoin Gold Rush aka the Gold Rush 2.0.

Here a common list of similiratity between the Bitcoin Gold Rush vs the Californian Gold Rush:

Will could trace a parrallele with the 1907 panic and the collapse of MtGox, where the bucket shop play a major role into the liquidity crisis, at that time Bitcoin price collapse more than ~75%. Today UASF is the Sherman Antitrust Act 1890 equivalent, where the protocol user could challenge the bitcoin miners monopoly. Today consortium like Hyperledger, Corda, EEA, etc... are a bit similar to the federal reserve act, where best industry practice is been developed with a concerted effort.

Thanks for reading, I truly apologize for not producing a better series, I’m lacking time, we are always looking to add more contributor to join  Teamo mission “Where Teamwork Matters”. To be a Teamo contributor you need to ask yourself two questions, the first question are you ready to “create richness” for all stakeholders, the second question are you ready to “share the pursuit of happiness”, if the answer yes on both questions welcome on board.

All men can see these tactics whereby I conquer, but what none can see is the strategy out of which victory is evolved. Sun Tzu

Nobody likes to fail but failure is an essential part of life and of learning. If your uniform isn't dirty, you haven't been in the game. Ben Bernake

Optimism is an essential ingredient of innovation. How else can the individual welcome change over security, adventure over staying in safe places? Robert Noyce

A leader is a dealer in hope. Napoleon Bonaparte

“The first thing (in credit) is character… before money or anything else. Money cannot buy it.”John Pierpont Morgan.

I can calculate the motion of heavenly bodies, but not the madness of people. Isaac Newton

Economists should stop pretending to be scientists and go back to the core of the discipline—as a field of inquiry and way of thinking “I think people in this country have had enough of experts.” -Michael Gov